It's more than likely that you will have already heard about Docker, but what exactly is it and what does it offer you? Well, Docker is a container platform. But, what is a container? Well, a container is an isolated image that includes everything you need to run your app. So, that includes your code, the runtime, any libraries and settings. Unlike a Virtual Machine (VM), you do not need to bundle a Guest OS. This keeps things lightweight and you can run multiple containers on a single host. The premise for this, is that containerised software will always run the same, regardless of the environment so you shouldn't get the fabled 'works on my machine' issue.

Docker is available in two editions: Community Edition (CE) and Enterprise Edition (EE). Docker CE is available for Mac, Windows and Linux distros. I'm going to be talking about the Windows version in this article, so grab the stable version of Docker for Windows from here:

Docker uses Windows-native Hyper-V virtualisation, so if you haven't enabled this feature it will prompt you to enable this and restart. Once that is done, you'll notice that Docker is running in your taskbar. A quick click on 'About Docker' and you should see confirmation of the current version.

To interact with Docker, you can use the docker commands in a terminal such as Powershell. Here's how to run the simple Hello World example.

Here is a slightly more involved example that shows a simple application running .NET Core in a Linux container. All it does is display a brief welcome by dotnetbot. 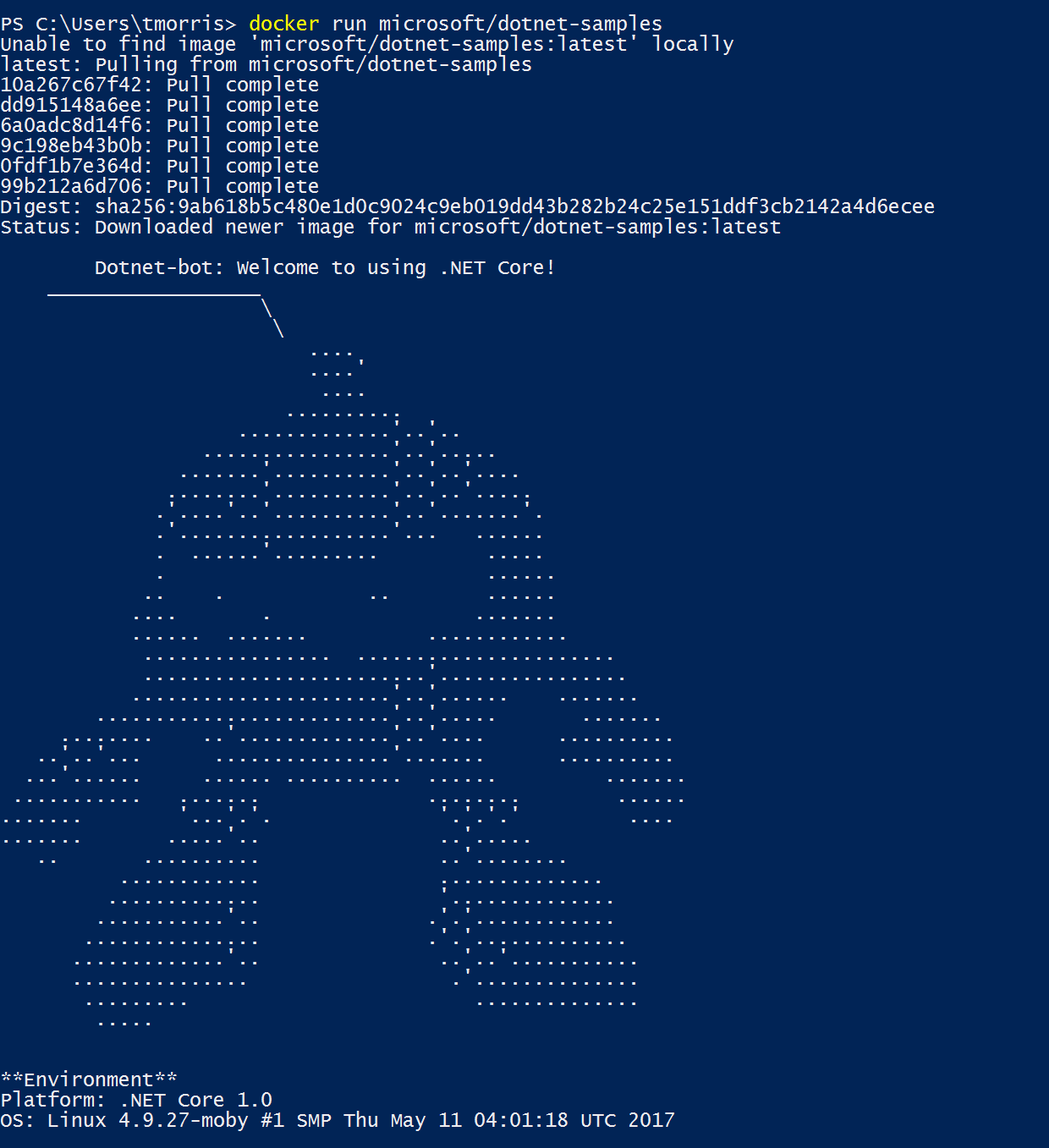 Docker opens up a few possibilities in the developer workflow. Here's some usage cases:

Docker is gaining momentum amongst the dev community. I've given a quick overview here about how to get started and how you can incorporate Docker into your workflow. Give it a try :)